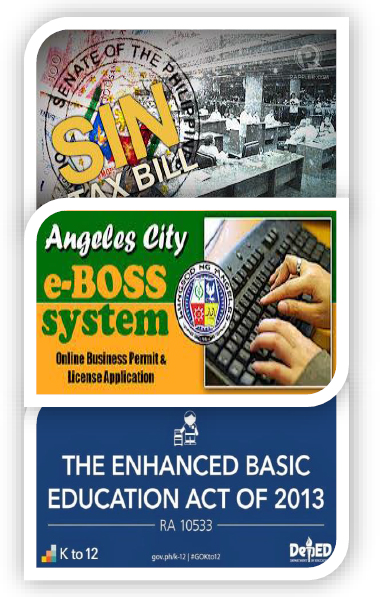 This September, PIDS will again lead the nation in celebrating the Development Policy Research Month (DPRM). This nationwide event, which state think tank Philippine Institute for Development Studies (PIDS) started in 2003, is aimed at promoting and drawing public awareness on the importance of policy research in nation-building.

There are regulations in the electricity, transport, and water sectors that are not responsive to both economic and social objectives, and business regulations that are detrimental to the investment climate. These issues stem from poor regulatory vetting processes that neglect the importance of research evidence and systematic assessment of proposed policies and regulations before they are implemented. Through the DPRM, we hope to influence our policymakers to take action in building a formal regulatory management system that adopts explicit standards for regulatory quality and ensures the integrity and quality of new regulations through the use of regulatory impact analysis, systematic public consultation procedures, and effective regulatory coordination among concerned agencies.

Likewise, the impending integration of the countries comprising the Association of Southeast Asian Nations (ASEAN) creates a pressing need for the Philippines to improve the overall business and economic environment. According to PIDS President Gilbert Llanto in his paper, “Reduce Regulatory Burden, Improve Regulatory Quality”, it is essential to review and reform existing regulations and to establish a coherent and quality regulatory management system. This is necessary, Llanto says, so that the Philippines can fully capitalize on the benefits of economic integration  and overcome the challenges of aligning the country’s regulations with the standards of an economically integrated ASEAN region.

Likewise, PIDS personnel will further share and expound on regulatory issues with the general public by guesting on radio and television public affairs shows throughout this month.

Meanwhile, a series of fora for the whole month of September anchored on the theme “Tamang Regulasyon para sa Patuloy na Pag-ahon” is also being organized by PIDS and other government agencies, academic institutions, as well as private organizations.

On September 17, a policy dialogue on “Effective Regulation for Sustainable Growth”will be held in Makati City. This event will convene various regulatory bodies and stakeholders to discuss issues in particular economic sectors and how it may be possible to reduce regulatory burdens and improve the quality of the regulatory environment.

Another highlight of the DPRM celebration is the 2015 Inaugural Public Policy Conference on “Harnessing Our Institutions and Human Capital for Inclusive Growth”,which will be held on September 22 at Crowne Plaza Manila Galleria in Quezon City. This inaugural conference, which will be hosted by PIDS every September from hereon, will bring together key experts in the fields of economics, political science, public administration, and sociology to flag to policymakers critical issues that must be addressed in the immediate term. The initial offering of this conference this year is timely as the country will have a national election in May 2016. It could be a useful platform to inform the future leadership of critical policies to improve our institutions and human capital toward the achievement of a truly inclusive and sustainable economy.

For more information on the DPRM activities, visit the Events page of the DPRM website.

September of every year is observed as Development Policy Research Month per Presidential Proclamation No. 247dated September 02, 2002. The DPRM aims to promote and draw nationwide awareness on the importance of policy research in national development planning and policymaking.  Under the proclamation, PIDS is designated as the lead government agency in the observance of the DPRM.