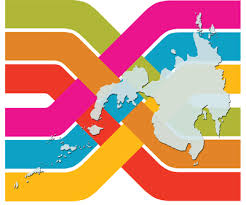 “This partnership has a lot of potential in creating synergies for the development of Mindanao. Given the Institute’s limited financial, human, and technical resources, we cannot cover the entire Philippines to effectively carry out our mandate. We need to multiply ourselves. We see MinDA as an excellent partner in promoting evidence-based policymaking at the local level and in increasing the relevance of our policy studies,” says Llanto.

Created by Republic Act No. 9996 in 2010, Davao-based MinDA is the only Mindanao-wide body mandated to integrate a development framework and provide strategic directions for Mindanao that are consistent with the peace and development initiatives of the national government. It also aims to promote, coordinate, and facilitate the active and extensive participation of all sectors in Mindanao to promote inclusive development for the region. Prior to its creation, MinDA was known as the Mindanao Economic Development Council or MEDCO, which was established in 1992.

The signing ceremony will be held at the Waterfront Insular Hotel in Davao City and will also include a public presentation of the Mindanao Development Report and soft launch of the MKRPC whose components include a knowledge portal of development research and policy studies conducted by government agencies and HEIs in Mindanao. The idea of developing a knowledge portal was inspired by the PIDS’ SocioEconomic Research Portal for the Philippines (SERP-P) project, an online database of socioeconomic studies produced by PIDS and 52 member-institutions comprising the SERP-P Network that includes MinDA. The PIDS, through its SERP-P team composed of Dr. Sheila Siar and Mr. Mark Vin Aranas,  will help MinDA set up the MKRPC knowledge portal. An orientation on open access and how to develop a SERP-P-like portal for Mindanao will be conducted by Siar and Aranas on September 3.

To mark the DPRM celebration, a press conference will also be held on September 4. This year’s DPRM theme “Effective Regulations for Sustainable Growth” is aimed at giving emphasis on regulatory issues and the critical need to build a formal regulatory management system that is backed by research evidence and systematic assessment of proposed policies and regulations before they are implemented. Resource speakers include Llanto, Antonio, and heads of local regulatory bodies in Davao City.

The DPRM is celebrated across the country every September by virtue of Malacanang Proclamation No. 247 issued on September 02, 2002. It aims to promote and draw nationwide awareness on the importance of policy research in the formulation of national development plans, programs, and policies. The proclamation also designated the PIDS as the lead government agency in the observance of the DPRM.

A policy forum titled “Advance Mindanao: Toward Sustainable Economic Development and Balance Ecosystems” will cap the whole-day affair, which is expected to bring together more than 150 participants from the government, academe, business, and civil society sectors in Davao City.  Mr. Oscar Picazo, senior health research consultant at PIDS, will present his paper on “Green and Gold: Promoting Eco-adventure and Cultural Tourism for Inclusive and Sustainable Growth”. Meanwhile, researchers from MinDA will share the findings and policy implications of their paper on “Developing Payment for Ecosystem Services Mechanism for River Basin Organizations in Mindanao”. ###