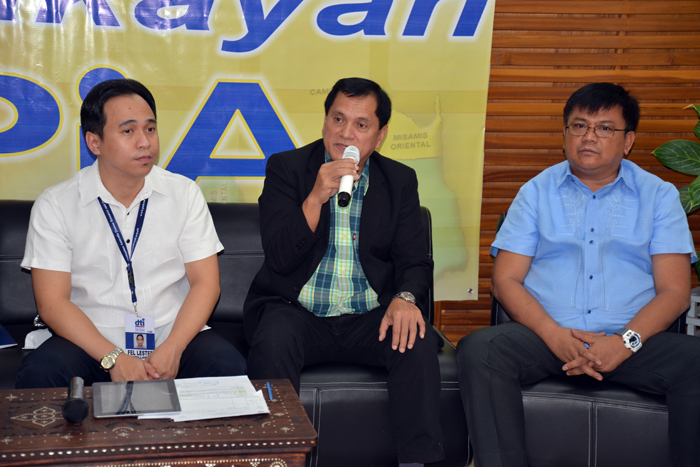 CAGAYAN DE ORO CITY— Stronger cooperation and coordination among various regulatory bodies can be a great help in achieving competitiveness.

This was the consensus of local regulators, local government officials, and media who attended the press conference on the Development Policy Research Month (DPRM) in Cagayan De Oro City last September 9.

Speaking at the weekly Kapihan of the Philippine Information Agency (PIA) in Cagayan De Oro City, Dr. Danilo Israel, senior fellow at state think-tank Philippine Institute for Development Studies, emphasized the need for regulators to work together to address issues and promote ease of doing business. He also cited the need for a framework to review and study all these regulations so that flaws can be identified and proper solutions can be introduced.

One of the important factors that government should look at is the ease of doing business. Cutting down the steps in applying for business permits, for example, will encourage more people, especially foreign investors, to engage in business.

Meanwhile, Mr. Leonil Mistula, division chief at the City Treasurer’s Office in Cagayan De Oro, noted that the City Government has made a lot of progress in streamlining certain processes such as in the areas of processing of business licenses, issuance of community tax certificates, and payment of taxes.

According to Mistula, applying for new business permits in Cagayan De Oro only involves three steps: submission and assessment of documents, payment, and claiming of business permits. He emphasized that as long as an applicant has all the documents needed to apply for a business permit, issuance of business permit could be within the day of application. Renewal of business permits, on the other hand, can already be made through computer kiosks at the City Hall without the need for face-to-face interaction. Also, people may now apply for community tax certificates using their Android smart phones, then pay the corresponding fees through mobile money such as G-Cash. Mistula also noted that the City Hall has a very efficient queuing system, so people know which counter to go to transact business.

“Through these improvements, we were able to eliminate fixers and made transactions faster and easier for people,” Mistula said.

Meanwhile, Mr. Nelson Manaloto, assistant regional director for Region X of the Land Transportation Office (LTO), said LTO has intensified its campaign against fixers through proper dissemination of information and investigation on the possible mediators.

Manaloto noted that applying for registration, for example, through fixers will only delay the process. He noted that LTO is an ISO-certified agency and it guarantees timely release of papers as long as all the required documents are submitted.

“There are high and low insurance rates. It’s a free market where you can choose the insurance coverage you want,” Manaloto stated.

Likewise, Manaloto assured that LTO is doing its best to resolve backlogs on the issuance of vehicle registration plates and driver’s license cards. “Printers and plastic cards are now available, problems should be fixed in the next few weeks once printers are delivered to LTO satellite offices throughout the region,” he explained.

Meanwhile, a representative of the Department of Trade and Industry’s (DTI) Regional Office in Northern Mindanao highlighted the need for stronger consumer culture. According to Mr. Fel Lester Brillantes, chief of Consumer Welfare Division of DTI Region X,  the country has enough laws to protect consumer rights and welfare. The challenge, he pointed out, is the seeming inability of consumers to invoke his/her consumer right. In particular, he pointed out the confusion among consumers on which government agency to file their complaints to.

“Since the DTI is not only the sole implementing agency of the Consumer Act, people get confused on where to file their complaints,” Brillantes said. He cited the case of filing a complaint related to expired medicines with the DTI, when in fact this should have been filed with the Food and Drug Administration, which has jurisdiction over the sale of medical products. There is also confusion in filing complaints related to mobile phones. According to Brillantes, consumers should file complaints related to their handsets with the DTI while network-related complaints should be filed with the National Telecommunications Communications.

Brillantes also noted that the DTI is working with local government units and the Department of the Interior and Local Government in the implementation of the Business Permit and Licensing System (BPLS). BPLS refers to the procedures followed by cities and municipalities in processing business permits.

The press conference in Cagayan De Oro City was held in partnership with the Philippine Information Agency in celebration of the 13th DPRM. Through these regional press conferences, PIDS hopes to further increase its reach at the local level and draw awareness in the provinces of the importance of policy research and this year’s DPRM theme, “Tamang Regulasyon para sa Patuloy na Pag-ahon”.