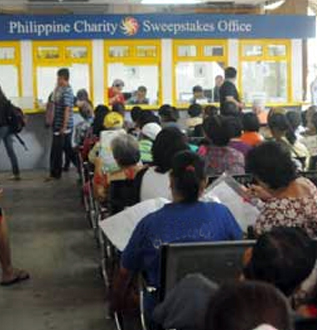 TUGUEGARAO CITY--State think tank Philippine Institute for Development Studies (PIDS) stressed the need to improve the quality of policies and regulations in the Philippines to further boost economic growth and be able to compete with ASEAN neighbors in terms of attracting investments.

In a press conference in Tuguegarao City organized by the PIDS in partnership with the Philippine Information Agency, PIDS Senior Research Fellow Marife Ballesteros, highlighted the need to look at the existing regulations issued by the national and local government and assess whether these regulations are still effective and relevant.

“We need to improve the design and enforcement of our regulations. PIDS therefore is recommending to have all laws reviewed to determine whether they are properly designed, still relevant, and enforced properly.”

She added that having policies and regulations that are unclear undermine business confidence and competitiveness, erodes public trust in government, and encourages corruption in public institutions and public processes.

The push to improve quality of regulations in the Philippines also stems from the fact that the country is a signatory to the ASEAN Economic Community (AEC), which is expected to take effect by the end of this year.

“Whether we like it or not, the current trend is toward globalization, open economy, and people-to-people connectivity. Thus, we have to improve the business and economic environment in order for the Philippines to be competitive with other ASEAN countries. Likewise, regulatory frameworks must be harmonized with that of other ASEAN member-states,” Ballesteros said.

One of the pilot programs of the government aimed at improving business and economic environment is the Ease of Doing Business (EODB) reform, which is being implemented and monitored by an interagency task force chaired by the National Competitiveness Council (NCC). This project aims to help government agencies and local government units simplify the processes that businesses have to go through in its typical lifecycle.

“But all of these reforms cannot be done without political will. Political will is needed to reduce the negative impacts of certain regulations on the business environment and on society as a whole,” Ballesteros stressed.

As a starting point, PIDS is recommending the establishment of a formal regulatory management system (RMS) that will become a central oversight body to review regulatory institutions and policies, and determine which reforms are necessary.

“With the absence of a central regulatory management agency, ad hoc bodies composed of various government agencies involved in a particular sector are being created. However, these kind of setups are oftentimes not effective given that each agency has its own mandate.” Ballesteros pointed out.

The National Economic Development Authority (NEDA) could take the lead in establishing a formal RMS. At present, NEDA is piloting a project looking at regulations affecting labor and employment as well as tourism sectors.

Tourism and labor employment have been selected as pilot areas because these are the sectors that are expected to be affected significantly by the ASEAN integration.

“ASEAN integration involves free movement of people. Thus, our policies must conform with the labor standards we committed under the AEC. Likewise, tourism standards and related regulations must be evaluated to make sure these are at par with those of other ASEAN countries,” Ballesteros explained.

She suggested that local government units (LGUs), which issue permits and licenses for businesses related to tourism, should work hand in hand with the Department of Tourism and the Department of Trade and Industry (DTI) to assess the strengths as well as the weaknesses of regulations affecting the tourism industry and at the same time identify areas for improvement.

Ballesteros also emphasized the need for the private sector, civil society, academe, and the media to work hand in hand with the government in improving the quality of policies and regulations in the country.

Meanwhile, Tuguegarao City has started to simplify their business registration process in an effort to increase local investments and create more jobs. According to Roger Mandala of Tuguegarao City Business Licensing Office, simpler, faster, and cheaper business permit and licensing process encourages more businesses to locate in Tuguegarao, resulting in more jobs available and revenues for the city.

“Requirements for applying for a business permit has been reduced to include only a community tax certificate, barangay clearance certificate, certificate of business registration from DTI, and valid identification (ID) cards. Likewise, renewing tricycle franchises only requires the following documents: tricycle franchise from the previous year, vehicle’s certificate of registration, and official receipt (OR/CR) from the Land Transportation Office (LTO), barangay certification, and community tax certificate. Fees collected for permits and licenses has also been reduced. For example, the fee imposed for renewing tricycle franchise has been reduced from PHP 400 to PHP 200 while securing a mayor’s permit has been decreased to PHP 100 from PHP 200,” Mandala explained.

When securing a license to operate a business in a particular area, one must first register a trade name with the DTI. Issuance of trade name usually takes 15 days, with applicants required to fill up a two-page application form.  However, with the implementation of the EoDB program, DTI has been mandated to simplify procedures of registering a business name.

This was confirmed by Fe Baylon of DTI Region 2. According to Baylon, registration of a trade name now takes 15 minutes or less, with applicants required to fill up a one-page application form asking only for basic details about the owner and the business. Also, business name registration can be processed in any DTI office or online.

“Using RFID technology, traffic enforcers would not need to apprehend or stop vehicles to check whether they are registered or not. With just the use of laser guns, they will be able to determine whether vehicles are registered and obtain other information tagged to the vehicle,” Baricaua explained.

In conclusion, Ballesteros reiterated that problems such as those encountered by LTO could be prevented if there is an agency that monitors and evaluates government regulations and makes sure that these policies are still effective, relevant, need improvement, and serve the common good.


The press conference in Tuguegarao City was one of the four press conferences organized by PIDS in partnership with the Philippine Information Agency in celebration of the 13th Development Policy Research Month (DPRM). Through these regional press conferences, PIDS hopes to further increase its reach at the local level and draw awareness in the provinces of the importance of policy research and this year’s DPRM theme, "Tamang Regulasyon para sa Patuloy na Pag-ahon".